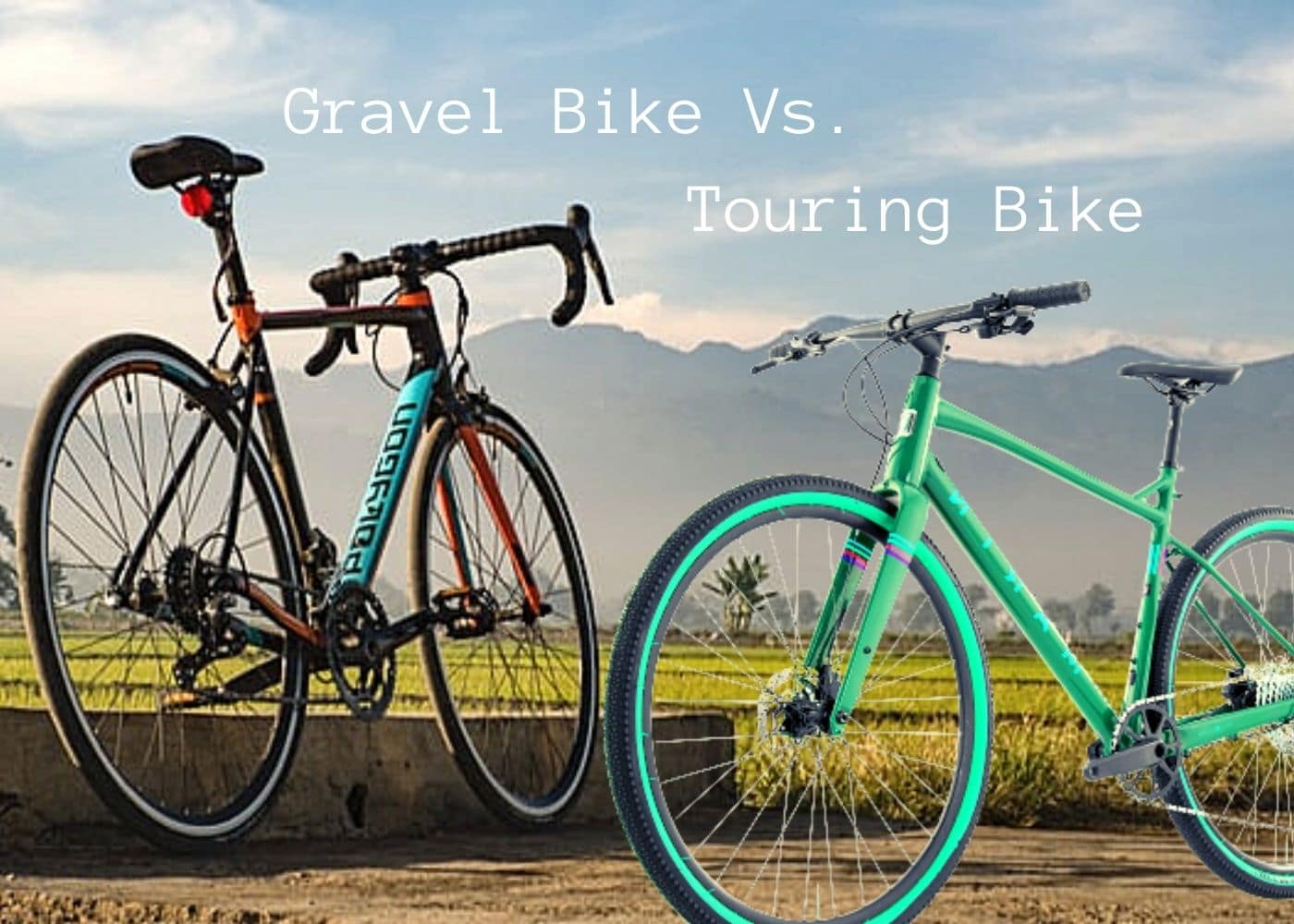 Gravel bikes are the new big thing in cycling. They are being used not only for just gravel rides, they are the latest do it all bikes. They can go on road and off road, and they are excellent for Bikepacking and long distance riding. Cyclists have gone from having five bikes in their garage to investing in a single bike that can do it all.

Currently, there’s a lot of talk about Gravel bikes in the Touring community. They share a lot of similar qualities to Touring bikes and do a very similar job. Recently, a question floating around is, “Are Gravel bikes going to make Touring bikes Obsolete?” In this article, I want to explain what a Gravel bike is and what makes it unique. I also want to speak about what a Touring bike is and what makes it unique. I will also recommend some excellent bikes for you to look at.

What is a Touring bike?

Before we go into what a Touring bike is, we have to first talk about what Touring is. Touring has been around since cycling started. It is the art of riding long distances and traveling on a bike. Cycling has not only been a cheaper way of travel compared to a car, but it was also a way to have a holiday. People would fit panniers to their bikes and fill the bags with clothing, sleeping gear, necessities, and cooking equipment, and off they went. It became trendy over the years, and still many people tour today.

Touring bikes are much more complex than what people think. They have to be built very differently from other bikes because they have a tough job. They have to be able to ride thousands of miles carrying weighty loads. They also need to do this while being super comfortable for the user in the process.

What parts make a Touring bike?

Touring bikes need to be robust. The frame and forks are the most essential part of the bike and hold everything together. Touring bike frames and forks are typically made of steel, and steel has some special qualities compared to other materials such as aluminum and Carbon. It is very strong and can carry a lot of weight. You can load the bike up to 50kg plus your body weight when touring. Materials like Carbon fiber are not designed to take this weight.

Another excellent quality of steel is it is flexible, and this means it can soak up bumps in the road, and the riding will be much more comfortable for the user. The final thing about a Steel Frame is it is straightforward to repair. If one of the Chainstays were to break, it could be welded very easily and ride again. The drawback of steel is it is cumbersome and can make it hard riding compared to Carbon.

Next, the gearing. When you have a heavy Touring bike with a lot of gear, the work is very hard. Downhill will be very easy as you have the weight to carry you. Riding uphill is very hard because you have to carry that weight up. This means your gearing has to be of a very low range. Quite commonly seen on Touring bikes is a triple front chainring. This gives the user three rings at the front, unlike a road bike. The third ring is tiny and will give the rider a very low gearing range to help them get up steep hills.

Then we have the wheels. Usually 700c, these also need to be reinforced to cope with the extra weight the bike will have to carry. Instead of 28 spokes which is the going amount on many race wheels, Touring bike wheels will have 32 spokes. This means the wheels are heavier, but they can take much more weight and be more robust when hitting bumps.

Touring bike tires range vastly. Depending on where the user wants to go, it can be Mountain bike tires or even tires purely just for the road. Touring bikes can also have flat or drop bars and usually are fitted with a very comfortable Saddle. They also will have pannier racks or mounts to suit pannier racks.

We Think You’ll Like It: How to Convert a Road Bike to a Gravel Bike

The Surly Disc Trucker is an excellent touring bike and the choice of many. It has a Chromoly Steel frame paired up with Steel Forks. It has a super comfortable geometry and comes in a vibrant Green.

It has a very low range gearing with the triple front chainring and a robust set of wheels with oversized tires for off road riding and comfort. This bike is simple, reliable, and easy to fix. A bike like this would easily go around the world multiple times.

What is a Gravel Bike?

A Gravel bike is an excellent bike to own. It will be best at Gravel riding hence the name, but Gravel bikes are bought for many other reasons. Not only can they get you on a dusty trail, but they will also keep up with Road bikes on a club run. They will be able to go on a Mountain bike trail, and great for adventure riding. What Gravel bikes excel at is that they are such versatile bikes because they can do a bit of everything.

Gravel bikes are commonly used in long distance riding, but Gravel bikes are made very differently from Touring bikes because they have an element of speed. They are most common the choice of a bike when it comes to Bikepacking and Adventure riding.

What makes a Gravel Bike?

Gravel bikes come in many different shapes and sizes, you will have some made for the road and light off road, and you will also have some made for mainly off road riding. The Gravel bike frame will be designed to be light, and it will either be Made of Carbon or Aluminum and sometimes even lightweight steel. The forks will usually need to be lightweight aluminum or Carbon fiber.

The gearing differs quite heavily on Gravel bikes. You either have a Road racing Groupset with a double chainring at the front and a small cassette at the back or a single chainring at the front and a large cassette at the back. You will always get a wide range of gears with a Gravel bike. You will have the low gears to get up a hill or go on rugged terrain. You will have enough gears for fast road riding.

Gravel bike wheels come in two sizes, 700c, and 650b. The 700c will be for the Gravel bikes that will spend more time on the road, and the 650b will be for the mainly off road Gravel bikes. Tires on Gravel bikes vary from as small as 35c tires all the up to 2.1” Mountain bike tires. They will always have clearance for large tires. When it comes to Gravel bikes, you will typically see them with drop handlebars, but there are occasions when they are made with flat bars.

I love the Masi Brunello. Not only does it look the part, but it can also act it. The frame is lightweight aluminum, and it’s paired up with some very lightweight carbon forks. It has the legendary Shimano GRX Gravel groupset.

This gearing is excellent and designed for gravel riding. It has a wide range of gears with a big cassette on the rear and a double chainring at the front. The brakes are the Shimano GRX hydraulic disc brakes and will stop on a pin. It has a 700c wheelset with some massive 40c tires ready not just for the road but for the trails too. It’s light, fast, and this bike is a lot of fun to ride.

What is the Difference between a Gravel bike and a Touring bike?

Touring bikes are made to carry a lot of weight and be bulletproof when it comes to long distance riding. A touring bike will be the bike to take you around the world, carrying a lot of your possessions. It won’t be fast, but it will be reliable and comfortable.

A Gravel Bike is made to be fast and get from A to B quickly. The bike won’t carry as much as a Touring bike, and it might not be as comfortable, but it will also travel long distances and do it faster.

We Think You’ll Like It: Gravel Bike vs. Hybrid Bike

Can you go Touring on a Gravel bike?

Yes, you can. You might have to be more cautious about how much you carry. Also, many Gravel bikes cannot fit panniers, so it would have to be with Bikepacking bags to carry your gear.

How heavy is a Touring bike compared to a Gravel bike?

What’s more expensive, a Gravel bike or a Touring bike? 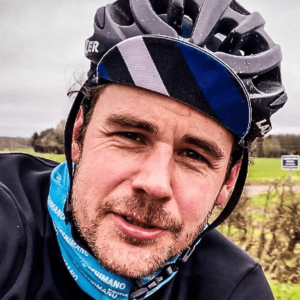