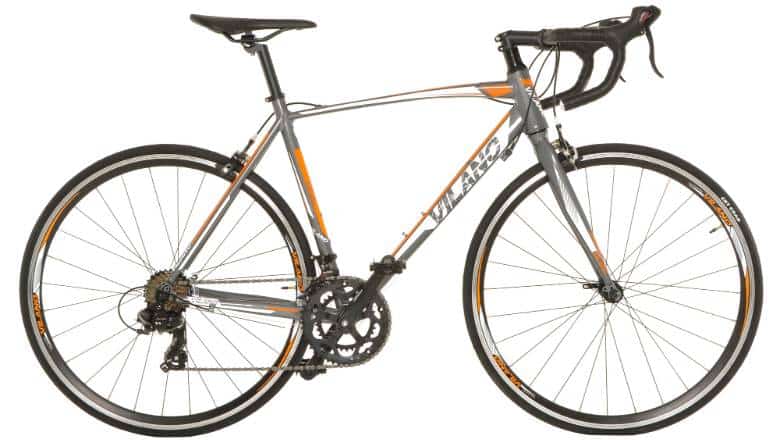 Nowadays, you can easily get lost in all the many road bikes sold in local or online shops.

I will show you one of the best road bikes that’ll not only bring back your fit and happy self.

But one that’s also budget-friendly, and of course, great in performance and quality.

It’s no other than my favorite Vilano Shadow 2.0 Road Bike.

Things to consider before buying a road bike

The first thing that you need to consider when choosing a bike is the frame material. It’s essential because this is the core of your bicycle.

You want to have a strong and sturdy frame that won’t easily break when you crash or hit some obstacle.

Carbon is the most common choice for racers and those looking for high-end bikes.

Carbon frames are the most stylish because they can be shaped in different sleek shapes and don’t have the usual wielded lines you see on steel and aluminum bikes.

Meanwhile, aluminum frames are the most popular because they usually are the
strongest and cost less.

Titanium frames, on the other hand, are often more costly than the carbon ones.

According to manufacturers, these are the most durable frames. But they’re still not widely used because they’re still pretty new to the market.

Then there are the steel frames that are the most affordable. Unfortunately, this comes at a considerable weight cost because they are heavy.

The drivetrain is your bike’s engine. It’s what makes your bike move. The most common drivetrains are those from Shimano.

The cheapest (but certainly not the flimsiest) is the Shimano Claris drivetrain, and their top-of-the-line drivetrain is the Dura-Ace. (1)

These include the right and left shifter, rear and front derailleurs, cogs, chainrings, and crank arms.

Do you research on which ones you can afford and would like to put on your aluminum road bike.

These come in two different types. Mechanical rim brakes are the older kind of brake that features a steel cable that moves the braking pistons. They’re cheaper but have lesser braking power.

Then there are the disc ones featuring two rotors, one at the front, and the other at the back. It also has a caliper, which is controlled by the mineral oil brake fluid that runs on its sealed cable hose.

Choose tires that measure around 23mm in width as these are lighter and faster on the roads. But be extra careful when riding on wet pavement because they don’t provide as much grip compared to the 25mm ones.

Even If you are on a budget don’t settle for the cheapest bikes because they’re usually made of low-quality materials and have substandard components.

But price doesn’t necessarily equate to quality as the most expensive bicycles don’t mean they’re the best either. Weigh their pros and cons and know if it’s worth the price or not.

The Vilano Shadow 2.0 Road Bike is my best bet when it comes to choosing a quality and affordable road bike.

You can easily maneuver this bike because of its modulated braking brought by Shimano.

“It’s an excellent bike for beginners because it’s moderately light, and doesn’t involve any complex components that’ll bug you while on a ride.”

I think this is one of the best aluminum road bikes you can get for an affordable price.

Vilano is an Italian bike manufacturer that manufactures affordable road bikes, with the Shadow being its entry-level model.

This makes it a very affordable aluminum road bike. According to a Vilano bike review I read and my own experience, it’s ideal for getting you started into biking.

It isn’t a race bike, though, as it’s a great all-around bike.

The usual case with entry-level bikes is the fact the quality isn’t very high. But that’s an exemption to Vilano Bikes, especially with their Shadow 2.0 model.

It’s got solid components that go perfectly well with its sturdy frame. You’ll also have an easier time riding this aluminum road bike because of its slightly slack head angle.

Its geometry is specifically designed to prioritize the level of comfort over anything else, unlike race bikes that have super steep head angles that force the rider to lean forward.

The company thought of this well because first-timers don’t need to put much emphasis on speed as they’re only after the recreational experience they get from riding.

The level of comfort and riding quality are what’s most important, and that’s what they did to the Shadow 2.0.

You’ll also enjoy its upright stance because you get better visibility and control.

The Vilano Shadow bike is moderately lightweight as it weighs under 30 lbs, including all of the components.

Though that’s not as light as the higher-end race bikes, but that’s already justifiable for its price range.

You also don’t have to worry about its drivetrain because it’s a full-on Shimano gear set, including cranks, rear derailleur, shifters, and the cassette.

It has a 2×7 drivetrain, which means that it has two chainrings up front and seven cog cassettes at the back.

The double-chain ring design is secured by the Shimano front and rear derailleurs, similar to the Shimano a050. (2)

This allows a more accurate and precise shift and lesser tendency to get dropped chains. Though the brakes are still mechanical, that’s not much of a problem.

The brake levers are also responsive but feel a bit spongy at times because it isn’t run by a hydraulic mechanism which is run by a caliper and mineral oil.

Fortunately, its tires make up for the lack of braking power because of its grippy 23mm width. All this goes perfectly well with the CNC alloy wheelset.

The only downsides of the Shadow are the small saddle and plastic pedals. It’s not a big deal-breaker because you can easily replace them for just a few bucks if you want too.

One of the best things about the Vilano Shadow 2.0 is its affordability.

Most of the rival brands that have similar components with it are twice more its price.

The frame is durable and doesn’t easily get scratched even when you accidentally hit something. Many Vilano bikes reviews attest to this, as well.

It also responds well to vibration, especially if you go through uneven pavements.

The bike is designed specifically for beginners. This is why it has a slightly slack head angle, instead of the usually super-steep one.

Allowing you to stay at a neutral sitting position on the saddle without having to worry about a couple of inconveniences such as neck or back pain.

You’ll have an easy time going uphills with this bike because of its precise Shimano shifting. (3)

There’s no lag because the chain either goes up or drops as soon as you shift. Shift gears all you want, and you won’t have any issues.

Another cool thing about the Shadow is that it looks good. It’s got a sleek body shape that perfectly matches its color scheme.

Braking is a bit of an issue with this one because of its mechanical brakes. It lacks the braking power you need if you want to slow down fast.

You need to brake a few meters before your intended braking area to make sure that you’ll slow down or stop.

The saddles and pedals are low-end.

There’s a good chance you’ll be uncomfortable with your sitting position because of the hard texture of the saddle.

The Best Alternatives for the Vilano Shadow 2.0

The Best Alternatives for the Vilano Shadow 2.0

Its wheelset is also double-walled and features sidewalls that are CNC-machined. Ideal for those who are particularly interested in speed and accuracy shifting gears. 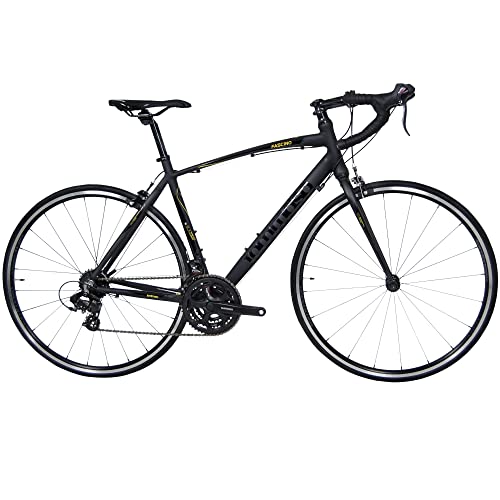 The Tomaso Fascino Sport is another affordable quality road bike you can get for a good price.

It has a Shimano 3×7 drivetrain that’s paired with a set of mechanical brakes with built-in brake pads.

Next to this, it has Shimano Tourney shifters, unlike other brands that have non-series sets.

It’s even got a lifetime frame warranty, unlike the Vilano Shadow 2.0.

This is perfect for those who want to go the extra mile when it comes to durability.

The Goplus Road Bike Commuter is an aluminum road bike that features quick-release front wheels making it easy for maintenance and disassembly.

Its drivetrain is also 100% Shimano, and it’s got 700c tires allowing for a stable and comfortable ride across different paved roads.

You’ll surely have a great time biking with this. It’s for you if you’d like to prioritize comfort over anything else.

Getting a road bike helps improve your overall wellbeing because you become healthier, physically, and emotionally.

However, you will not accomplish this if you don’t have a good road bike, such as the Vilano Shadow 2.0.

It’s packed with the right components, looks great, and, most importantly, affordable.

The Vilano Shadow 2.0 is a great all-around road bike for beginners!

TIP: If you are interested in more articles, guides, reviews and tips the best place to start is from the homepage of this website. 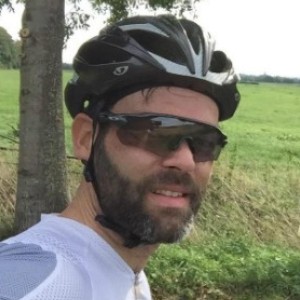 Erik loves everything about cycling and he rides with a passion. He is an experienced cyclist who competes in races and also likes to do group-rides from time to time. He also enjoys going on long bike rides in the mountains by himself.
Menu